A few questions about how Mycroft works

so I’ve been looking around and with the Mk II coming up I have a few questions about the current workings of and near future plans for Mycroft. Since I found no better place to ask I’ll just post them here.

Does it try to “understand” what I’m saying or does it require me to remember and say specific triggers for skills?
Two examples:
1). Can it tell the difference between stopping the playback of music and stopping to run skills when I say “stop”?
2). Can I query tasks like “listen to radio station example” or does it depend on a specific skill for each station?

As in is it able to differentiate between users and act accordingly within Skills? For instance can it tell me apart from friends or family?

Are there ecological plans to interface multiple microphone arrays / speakers to one unit (what ivee tried to do) or do you have to buy as many devices as coverage is needed and keep them all sitting there using electricity?

E.g. can it be interfaced as a HID device forwarding keypresses (hotkeys)?

The last question is a bit “personal” I guess but I will ask it since the core issue is still there. 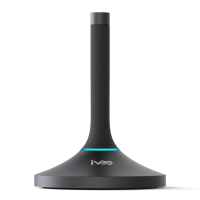 ivee: Talking to Your Home is No Longer Sci-Fi

Talk to your home with a voice-activated assistant. Will control Nest, Spotify, Uber & more! | Check out 'ivee: Talking to Your Home is No Longer Sci-Fi' on Indiegogo.


They gave in under the pressure from Amazon, Google and Apple as to how well they were able to integrate their devices with their target platforms. And it’s certainly a valid risk - in fact I’m seeing the same issue in my contact circles: people usually buy the AI that suits their target platform (Apple, Google or “just” heavy Amazon users (mostly PC guys). It will be no surprise to see this trend continue as Amazon aquired the Cryengine (calling it Lumberyard) and thus we will probably see the Echo being improved in the future to even act as an input device for PC gaming.
So are there plans to avoid the same errors that lead to the cancellation of Ivee voice?

Thanks in advance and best regards - really looking forward to the Mk. II Kickstarter

Let me preface this by saying we have 18 full time members on our team of which 1/2 are technical ( developers & designers ) while 1/2 are focused on building a viable business. There is only so much 9 developer and designers can do. We can’t be all things to all people and are looking to the open source community to help with some of the challenges a technology like Mycroft faces.

The quid-pro-quo for commercial open source is: The company commits to being open, transparent and community focused. The community commits to actively participating in the development effort. To build a winning technology, both parties must live up to their commitments. Today I believe strongly that both Mycroft the company and Mycroft the community are living up to expectations and I expect to see massive improvements to the technology in the next two years.

Is the device capable of multi-language interaction and being addressed via multiple languages without re-configuration?

If the question is: does it provide language detection, the answer is not yet. That is something we’d like to add, but it isn’t on the roadmap for 18.02b and I suspect it will also be out of scope for 18.08b or 19.02.

If you’d like to build a solution and submit it, however, we’d be happy to pull it into master once it is working.

How smart is the current STT logic?

Our NLU engine - Adapt - is pretty good at figuring out what intent you are trying to trigger based on both known entities and rules. That said, we are still in alpha so it has a ways to go.

Not yet, though I suspect this will find its way onto the roadmap for 19.02.

Since Mycroft devices are registered to an online-account and given names - can they be addressed?

Not yet. Inter device channels will almost certainly find their way onto the roadmap for 18.08b, so August 2018.

Also related: how would you go about setting up a multi-room environment?

For now, put a device in each room. In the future there may be ways to do this using Bluetooth Low Energy, but we have no plans for this at the moment.

Can the Mycroft unit control regular PCs or are there plans to do it?

No, though we’ve had discussions surrounding this and find the idea interesting. Would be a good maker project for an enterprising community member.

Have there been talks to have Mycroft be included to the lineup of hardware vendors for power sockets etc?

Have there been talks to the hello Ivee / Ivee voice team to gather lessons learned about what caused them to go belly up?

I’ve spent a bit of time with Ivee’s founder Jonathan Nostrant. He is a great guy and really worked hard to make Ivee succeed. I have some personal opinions about why Ivee didn’t realize Jonathan’s vision, but none of them are related to his commitment.

What makes us different is our open approach to the problem. Solving these problems in partnership with a broad community and other open source players like Canonical and Mozilla puts us in a much better position.

In every major technology shift of the past 3 decades there has been an open source player that did well. Redhat ( mainframe to desktop ), Mozilla ( Client Software to Web 1.0), Wordpress ( Web 1.0 to Web 2.0 ), Android ( Desktop to Mobile ). For the shift from GUI to conversational Mycroft is the open source technology.

Our Mark I is open hardware, open software. The Mark II will be the same. We are working with a lot of major corporate partners and have solid traction. Sales grew 400% in 2017 and we are on track for 500% growth in 2018…all while fulfilling our mandate to be open, transparent and community focused.

We are going to be around for a while.