Ansible playbooks and roles to deploy and configure Mycroft

I spent the last few days working on some Ansible playbooks and roles to prepare the Raspberry Pi 4 board and to install, configure and optimize Mycroft on top of it.

Basically the Ansible playbooks consists of the usage of two Ansible roles which are prepi and mycroft and could be run at scale to provision hundreds of Raspberry Pi & Mycroft at the same time.

Raspberry Pi OS and Debian Buster are the only distributions supported so far.

The installation process of Mycroft is inspired by the dev_setup.sh script provided with the Mycroft AI Core. This playbook is not better than the script provided by the core team, it’s just a different approach.

This is not perfect and some people will certainly complain about the fact that there are firmware & EEPROM update and overclocking but all of this could be customized/disabled.

Fill free to share your feedback and to contribute.

What does Ansible prepi role?

Using the prepi Ansible role will ensure your Raspberry Pi to be properly configured for the best of Mycroft experience.

The role will perform the following tasks (depending your wish):

What does Ansible mycroft role?

The role will perform the following tasks:

How to use it?

Fulfill the requirements from just above, update the inventory file with your IP address/user and then run the following commands:

Then answer the questions: 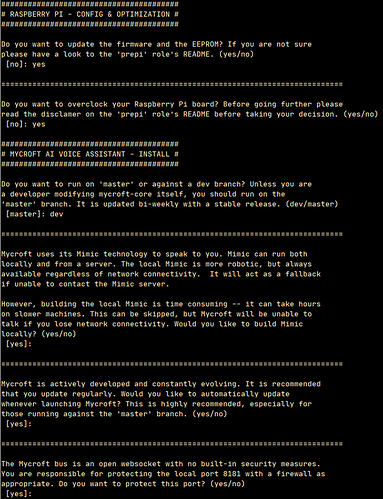 I hope this Ansible playbooks/roles will be useful to someone else than me. 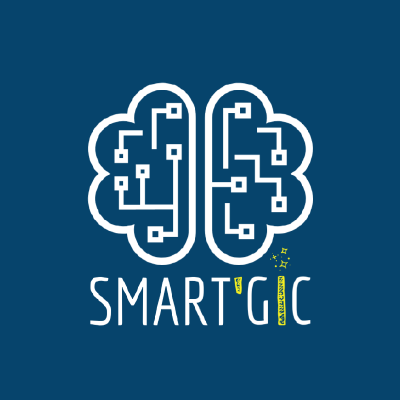 Ansible playbooks to deploy and configure Mycroft on a Raspberry Pi 4. - smartgic/ansible-playbooks-mycroft

Configuration and optimization to improve Raspberry Pi 4 board performances. - smartgic/ansible-role-prepi

This Ansible role will install and configure Mycroft from GitHub repository. - smartgic/ansible-role-mycroft

Based on @ChanceNCounter first feedback I added a task to mycroft role that blocks port 8181 using IPTables by default, only localhost will be able to communicate on this port.

This is a customizable choice, user can disable this firewall rule.

Still based on @ChanceNCounter feedback and HiveMind setup, the websocket has been secured using the SSL option by default and address binding when required.

Due to recent issues that I had with the default audio backend, I decided to add VLC backend support to the role and to make it the default one.

[template] Use VLC backend for audio by default