_As a home user I want this Skill to have the ability to schedule routines for other skills at different times of the day so that I can achieve more automation from mycroft.
eg. _

What third party services, data sets or platforms will the Skill interact with?
Mostly other skills

Are there similar Mycroft Skills already? 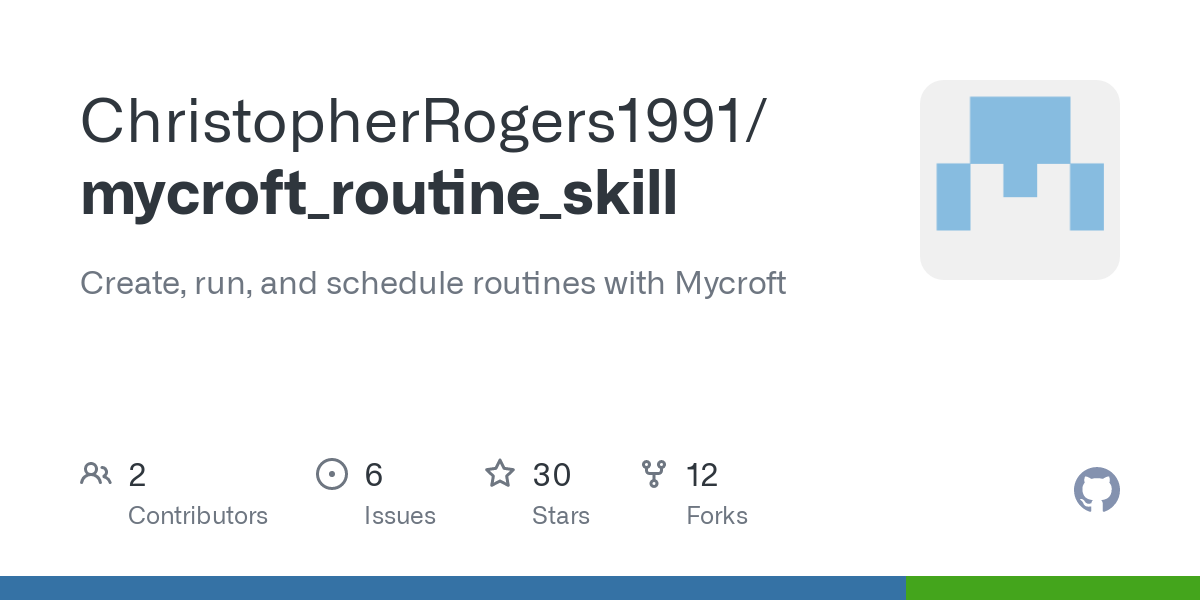 This skill does exactly what I need, but I belive its depreciated.

What will the user Speak to trigger the Skill?

What phrases will Mycroft Speak?
Automated blinds/lights, not every skill requires speech during execution.

What Skill Settings will this Skill need to store?

The outdated ithub repo could be updated and used officially, this would allow for a user experience similar to amazon alexa/google home.