Book - Life 3.0: Being Human in the Age of Artificial Intelligence 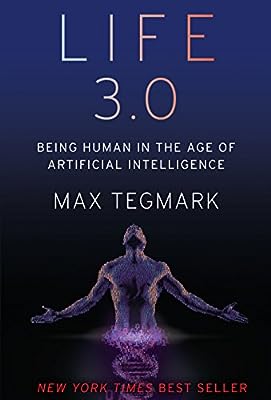 New York Times Best Seller How will Artificial Intelligence affect crime, war, justice, jobs, society and our very sense of being human? The rise of AI has the potential to transform our future more t ...

Interesting title. Did anyone read it?

Currently listening to this book on audible. It’s a very interesting! A lot of the concepts seems very outlandish and something way beyond our time but the philosophy on them is pretty interesting otherwise. I recommend it.

If you remember the 12 AI aftermath scenarios mentioned in the book, which one do you think is the world in the movie ‘Her’?

Conquerors
AI takes control, decides that humans are a threat/nuisance/waste of resources, and gets rid of us by a method that we don’t even understand.

Descendants
AIs replace humans, but give us a graceful exit, making us view them as our worthy descendants, much as parents feel happy and proud to have a child who’s smarter than them, who learns from them and then accomplishes what they could only dream of—even if they can’t live to see it all.

Zookeeper
An omnipotent AI keeps some humans around, who feel treated like zoo animals and lament their fate.

@oren I agree that it’s Libertarian utopia, but towards the end when all of the AI’s started evolving they really never explicitly tell us what happened after. I feel though that Descendants resonates with me more on what a sequel of ‘Her’ would be like.