My copy of the latest attempt can be found here: https://github.com/rekkitcwts/mycroft-skills/tree/19.02/skill-audiobook

Might also be useful to see what’s in the logs. Did the skill load? Did the parsing correctly use said skill? Any other errors? (logs are in /var/log/mycroft/ normally)

There are no errors, but here is a screenshot of mycroft in debug mode: 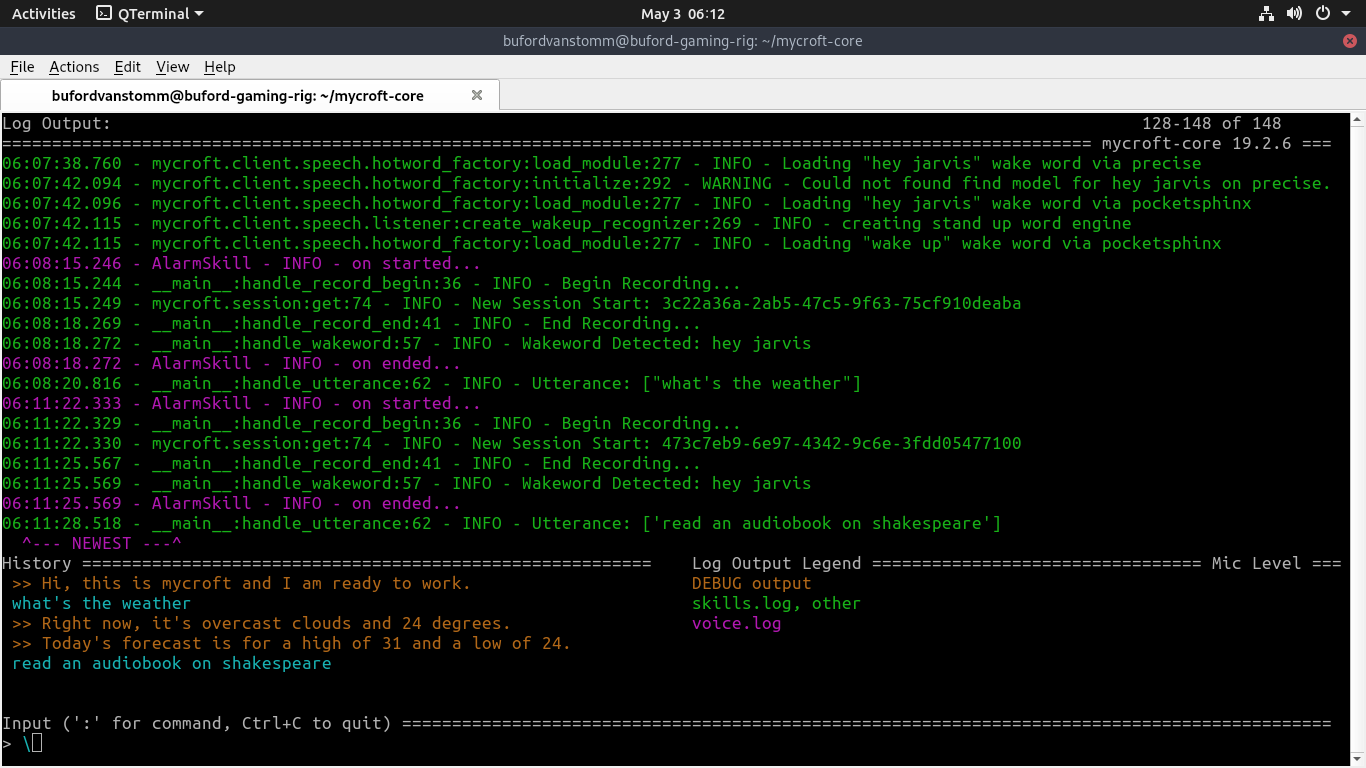 Screenshots are for image issues.

Did the skill load?
Did the intent get parsed?

Great to see you getting into Skill development!

I’m guessing you were looking at the Speak Skill to get started? That Skill is probably a bit dated. The good news is that we have some easier methods to achieve what you’re trying to do.

I see you made a Words.rx. If you require that in your intent handler you can then access the book title as it’s own entity:

I’m assuming your current code is failing because repeat.split() creates a list, and the .speak() method requires a string. If you just pass the first element of that list it works:
self.speak(repeat.split()[0])
however I think the new approach using entities is much easier.

A few other little things you might run into:

I’ve also noticed that you are working in a fork of the mycroft-skills repo. It’s much easier to create a repo just for your Skill. The Mycroft Skills Kit can handle this for you. Checkout the docs for that here:

Learn how to use the Mycroft Skills Kit to make the creation, testing and submission of Skills a lot easier.

The skill loaded; hence the debugger did not show any errors. I tried using the same pattern as the Speak skill but not sure what went wrong when trying to parse.