There was a desire to create a Community Wishlist.

Language support for other languages like German, Server / Client architecture, Rest Api … would be great.

about client/sever, i have my thing going -> https://github.com/JarbasAI/JarbasAI/blob/patch-15/Jarbas_docs/Server_Client.md i will make a repo for it eventually, running with success for some time,

Agreed. I have been pushing the community here, but haven’t seen anyone jump on the project. https://github.com/orgs/MycroftAI/projects/2

How do we get one at least off the ground so the community can start copying that in other languages.

I would say by fixing the above link first (404)

@newone Maybe it is due that I am logged into Github? That appears to be the right URL.

I am logged in too, i guess this is the correct url: 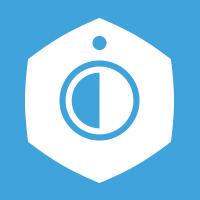 I think since I am part of the Mycroft Organization that it merges in that orgs into the URL. Sorry about the confusion.

Rest API, f.i. could be possible to call the TTS ability from other systems.

I would like to see a skill to make mycroft a snapcast client. Turning any mycroft unit into part of a synchronized whole house audio system.