I was listening to a podcast and Mycroft woke up more than a few times. Here are some examples from voice.log:

Is there any way to avoid these false positives? The install is all defaults …

fine tune with anything that falsely triggers it…turn on wake word uploading…train a custom word.

Allow me to suggest my own tutorials, here: 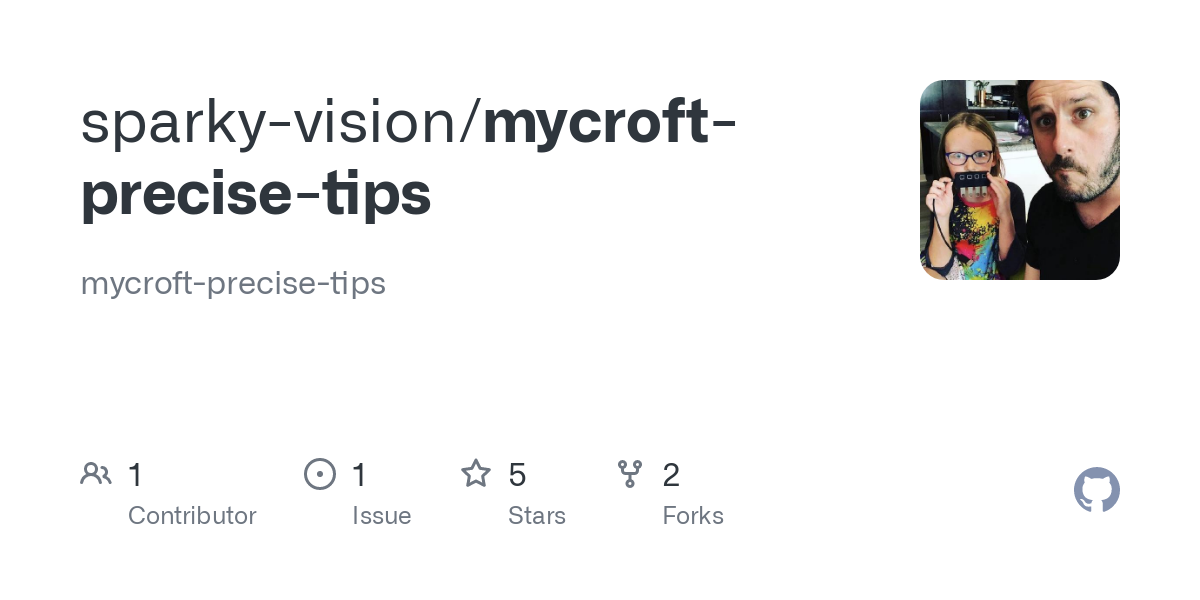 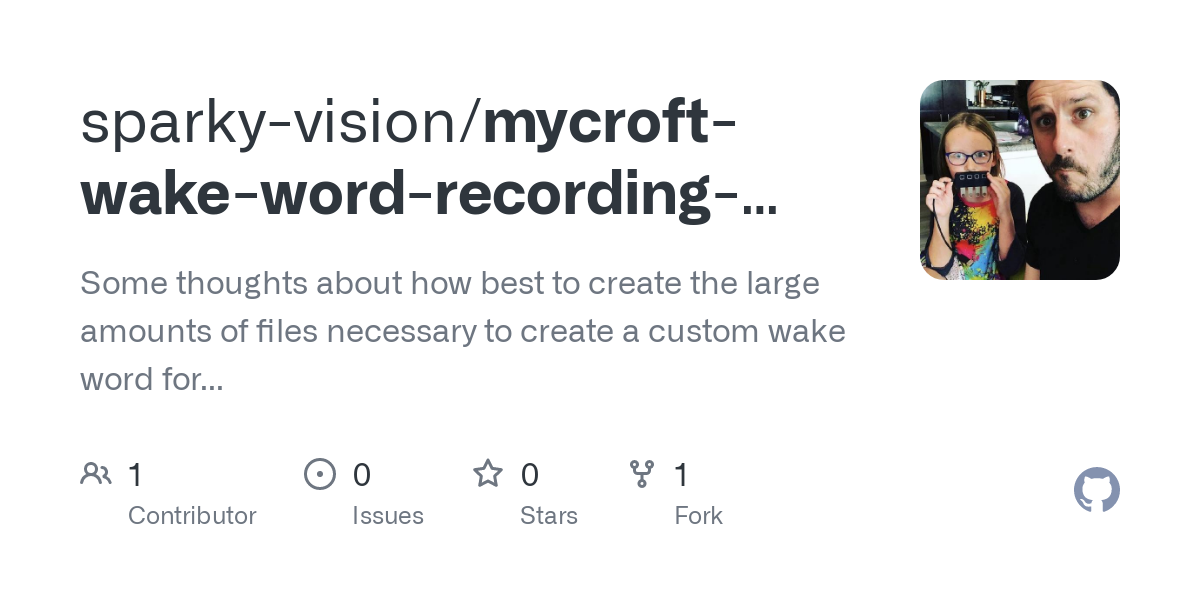 GitHub - sparky-vision/mycroft-wake-word-recording-tips: Some thoughts about...

Some thoughts about how best to create the large amounts of files necessary to create a custom wake word for Mycroft / precise - GitHub - sparky-vision/mycroft-wake-word-recording-tips: Some though...

My model is jussssst starting to be usable after…about 2,000 not-wake-words, most of those are from my own house. I set up a cron job on the pi to copy saved-wake-words, unplugged the speaker so I wouldn’t be annoyed by it, and just let it collect a whole bunch of things that trigger it for weeks. I also upped the sensitivity on my training to .85. I still have some work to do on it, and I’d especially be interested in adding some more wake-words with my family and strangers.

Hi, thanks for the replies. It’s one thing to train one instance of Mycroft. But how do we bake it into the package so every instance is solid?

But how do we bake it into the package so every instance is solid?

The answer is obscene amounts of data. Apple, Amazon, Google, et al have hundreds of thousands of hours of training data, across many people, accents, and regions to train their model. These models are so solid out of the box, so to speak, because they’ve been trained on so much data. The Mycroft project simply does not have access to a well-organized and high-quality audio corpus of that size. At least, not yet. Right now, the best thing we can do is individually train models to work. In the future, it might be helpful - and @baconator might want to chime in here - to have a wiki where people can submit recordings for individual wake words so that the audio corpuses (corpi?) can be built up and the models subsequently improved. I believe something like this existed, or might exist somewhere? If a massive community effort to collect lots of high-quality recordings could happen, that would go a long way toward making these models better.

Of course, free community data will need sifting to keep the good stuff and weed out the bad, but that’s part of what it takes to build up large data sets.

But there’s no way to make massive improvements without a lot more data.

There’s also possibility of changes to the tool, and that’d probably make some difference in next steps.