I just wanted to share something with the community, today, our robot assistant K.A.L.I. took her first steps into the real world.

My daughter wanted to show her off in her Class’s show and tell, so we setup a demo in the school hall and gave 3 classes (90 pupils +) a taste of Mycroft in action - thankfully Mycroft performed excellently (a few wake word issues - but had the cli backup) - but a good 90% hit rate.

The kids loved it, were full of questions and can’t wait to see her again in a few months once some of our upgrades are complete (Object & face recognition, object tracking etc, autonomous movement).

We ran over the 4G personal hotspot off my iphone which actually seemed quicker than my fibre at home, barely any lag.

P.s. Her friend Wall-E also made an appearance, but he is very much W.I.P. 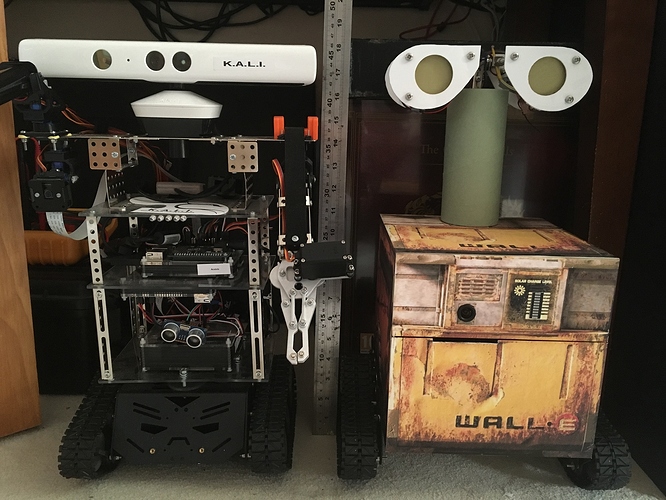 Very interested to learn more about KALI. Got a site for her?

Oh that is awesome, @kalirpi3! We’d love to know more about your setup! And of course profile what you’re doing with Mycroft as a great example of how our technology can be extended and expanded upon.

Don’t suppose you have a video at all of KALI?

Yes VIDEO please. This is awesome.

This is soooo cool!

Seeing as I’m not working this weekend (last few months have been hectic) I’ll see if I can throw together a little something - any suggestions of where I should host it ?

In the meantime, here’s Kali’s spec :

Mycroft Can talk to each of the modules via sshpass - clunky but works as long as you thread the Python, so I can get the Acolyte Module to control all aspects of Kali.

Some day we need to introduce them… 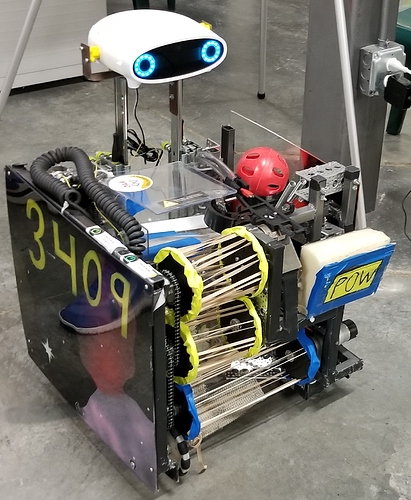 Quick update, I’ve done a couple of videos, but seeing as it’s bank holiday weekend here, I was told to landscape the garden and build a pond with waterfalls, rather than “playing with my robots” - I had to comply with the Wife’s wishes…

Evening, below are a couple of links of Kali in action, hope they work ok, never used this site before…

Excuse some of the edits, I did it over a few ‘runs’.

Thanks so much for such a great write-up, @kalirpi3!

This is so cool! Would love to hear more such stories from you.

Thank you so much everyone… appreciate the effort for the answer