Future of Picroft vs. Mark II

I’m really not sure which category to place this in. Pretty soon RPI OS will be based on Debian Bullseye. The current Mark II for sale seems to be installed with Pantavisor Linux, on an RPI4. Is there now some sort of quality difference with the Ubuntu based Mycroft container vs. the RPI OS based container??

I guess, while I’m at it, what is NOW the preferred OS w/ Mycroft container on an RPI?? I have a 3B+, running fine for over a year, with a Google AIY Voice Kit and 3D Printed enclosure. I did my own manual software build. I would like to take advantage of the 64bit OS sometime soon, and the current stable Picroft release is two years old!

A final question. I see the Mark II has an LCD touchscreen. Is there some sort of documentation on booting to a touchscreen on a DIY setup, matching what is available on the Mark II? I think that is a great idea, but I already have most of the hardware I need for a Mark II.

Final final question…sorry. What all is accessible from the LCD touchscreen? All settings? Adding skills? I see no documentation readily available on what can be controlled by visual touch.

Thanks, as always, for a great project. Hopefully I can get some good feedback on this. Maybe I can also finally consider purchasing a Mark II for my elderly parents, since the touchscreen has been added.

I to have a similar situation, although I have RPI4B running the Debian Bullseye 64bit. ( have tried the 64bit OS on 2 RPI3B+ ), and all 3 of those Pi’s run very well. I would like to all use “Picroft” on the RPI4B. Now short of what I did on one of my “big” machines running Tumbleweed 64bit running a a Mycroft install as a background process, along with many other processes, which dose work as expected most of the time. I would how ever be nice to have a proper integration with all of the Pi’s potential. as to the LCD screen you can, if you won’t ever need to connect to a desktop display, use LCD SHOW driver package, and run a 4" LCD touch screen. I tested this on the 32bit OS and it works as advertised. The mounting of the screen need a bit of rethinking if you want to use decent heat sinks and a fan for cooling , as the RPI4B can generate a nice toasty amount of heat. This doesn’t seem to be a problem for the RPI3B+ as a standard heat sink is adequate. It is possible to use a 3.5in screen but again I have not tested either of the 64bit as yet. So if there is any additional documentation that would allow for the cloning of a Mark II that would be great, and if one has access to a 3D printer, a case would be of no problem.

So far it seems like you and I are the only ones interested in this. My reading on the Google AIY voice hat is keeping me from 64 bit, since it is broken in Bullseye. Once that is figured out, I will install 64 bit Picroft and share the results. If I ever get around to re-designing my 3D printed case, I will definitely share that as well. I was going to make it dual speakers with possibly an Ice Tower cooler. I’ll give this some more time for people to look at, then try to nudge some admins on some answers.

I just have a couple of small projects I’m in the middle of and my focus will once again return to the Pi4B ans it sits patiently on top of one of my heavy iron machines. Any insights I may glean from my work I will gladly share with you too, as I hope if there are any questions you might have that I might be able to shed some light on please do ask, the worst that can happen is a familiar blank look of puzzlement. But two heads scratching is often better that one

We’ve been very focused on the Mark II so haven’t done any big updates for Picroft in a while. Picroft is really intended to be a development platform and as you know can be used with basically an infinite range of hardware. The Mark II on the other hand is a known reference device and that enables us to provide a much more consistent and reliable experience.

Personally the audio capabilities of the Mark II are the biggest improvement. Native support for acoustic echo cancellation letting the device hear you no matter how much noise its making significantly improves the usability of the device.

We don’t yet have support for the mycroft-gui in Picroft either. There are community projects like OVOS that are explicitly wanting to provide that but they don’t yet have a stable release so depends on how much you want to tinker. I’m sure we’ll add it at some point, however it’s not a priority for us at the moment. We are staying very focused on making the Mark II rock solid and shipping it out to backers and new customers. This is really the most important milestone to ensure that Mycroft remains sustainable for the long-term.

In terms of what the touchscreen is used for. Of course anything is possible, but we want to make sure that all functionality is achievable through voice with touch as an optional augmentation. So we haven’t built out the GUI’s for all the settings yet. The GUI for these is fairly simple, the bigger piece that is needed is proper two-way settings sync between devices and the backend. Currently if you change a setting on the device, that won’t be reflected on the web interface which could be very confusing for people. So we want to get that in place first.

Beyond the basic settings and things, you can use the touchscreen to interact with websites or applications should you so choose. The other day I put Gnome Mines and Neverball on a Mark II: 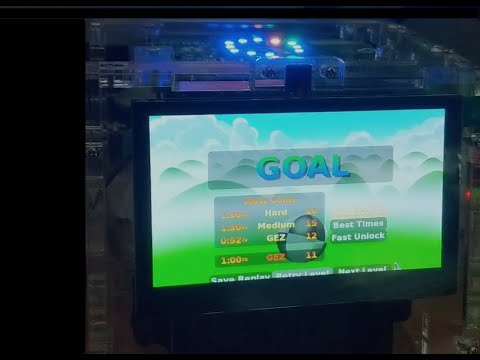 Finally got a chance to respond. I have noticed some videos, lately, which show the Mark II as completely offline. Not sure if that is just offline for Home Assistant, or for the entire speech platform. I’m mostly interested in the HA offline use. Is this feature at least going to be available for Picroft, or is it already available? I guess I haven’t bothered to kill my internet to test it out.

for running offline you need a offline STT, one example

vosk STT plugin for mycroft. Contribute to OpenVoiceOS/ovos-stt-plugin-vosk development by creating an account on GitHub. 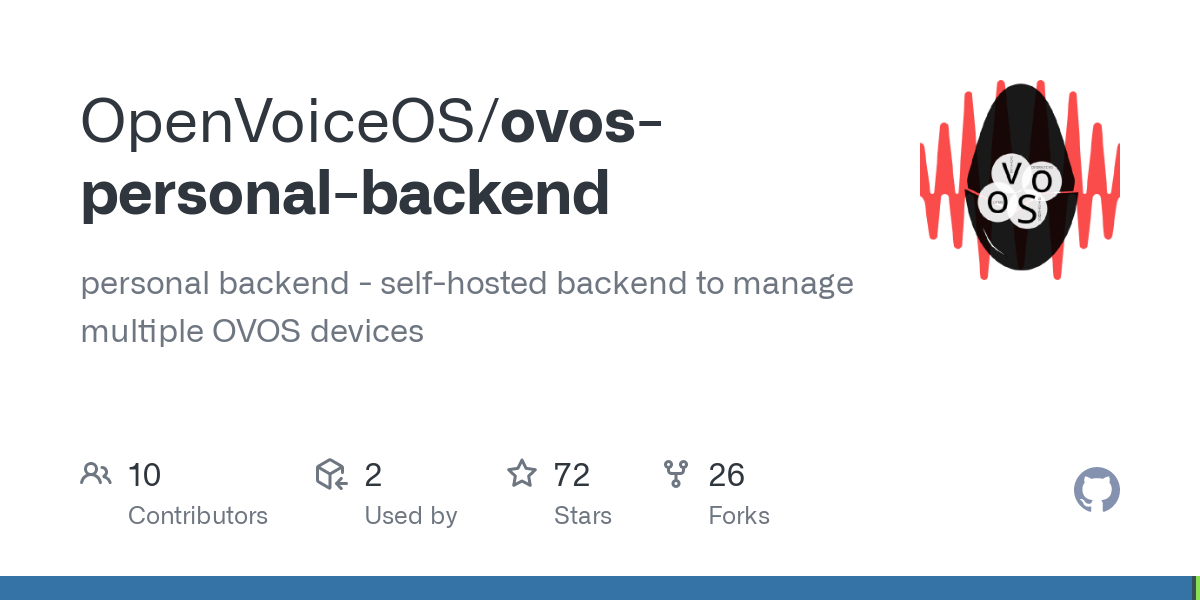 personal backend - alternative to home.mycroft.ai. Contribute to OpenVoiceOS/OVOS-local-backend development by creating an account on GitHub.

Hey, the videos you’ve seen are the Mark II running completely offline using Mimic 3 (not yet released) and Coqui STT. This will certainly be public by the time the Mark II units start shipping later in the year. Currently without using a plugin like Jarbas linked above, if you turned off your internet connection your Picroft wouldn’t be able to convert any speech to text.