I’ve managed to get Mycroft and Mycroft-GUI both running on a Raspberry Pi 4 with an Adafruit Voice Bonnet and 7 inch HDMI LCD screen. I installed everything from scratch on a fresh install of Void Linux.

My one problem right now is that Mycroft-GUI displays everything on a black background, including (I presume) text that is also colored black. For example this is what the weather screen looks like (I can see the icons, but I think the text that displays the conditions and high/low temp is also black and thus not visible): 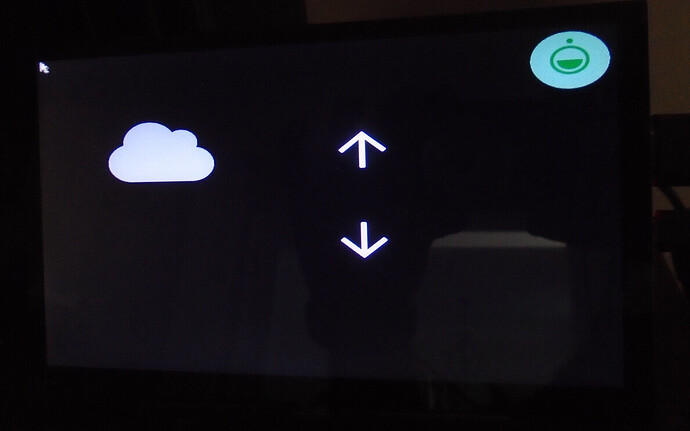 This was also a problem in the Mycroft-GUI settings menu–none of the black text was visible until I disabled dark mode (at which point the settings background turned white and I could read everything).

Not sure right now if this is a font issue, Qt issue, Mycroft settings issue, or just a problem with the weather skill specifically (though I suspect not since I had the same problem in the Mycroft-GUI settings).

What desktop environment is this running on ? You will need to install qt5ct and set a theme if it’s a non KDE environment

I didn’t install a specific desktop environment, just the pre-reqs for mycroft-gui (which includes plasma-framework), then I run mycroft-app-gui directly from the console.

I tried running qt5ct and it gives some options for styling widgets and fonts and some other things but I don’t see anything about the desktop/background color in there. I tried changing to a dark theme with white text but that didn’t seem to help either the settings menu or the weather display text (just inverted the dark mode toggle in the mycroft-gui settings).

Starting to think maybe it’s just an issue with the weather skill, since I tried installing plasma-desktop and running the GUI as an app from there (after adjusting themes and wallpapers and whatnot) and I still get the weather icons with no visible text when asking for the current weather.

After poking at it a bit more, it definitely seems like a problem with the “scalable” GUI definitions in the weather skill that get used for non-Mark-II enclosures. I added some color: "white" lines to some of the Label definitions and the text started showing up, but the layouts look quite bad with text flowing off the edge of the screen and covering up icons and stuff.