Can Mimic2 be installed for use as a System-wide text-to-speech engine in Linux-based operating systems (such as Ubuntu)?

Or is it a proprietary thing that’s only available to those paying a subscription fee?

I primarily want to use it as the text-to-speech engine for ‘Foliate’ (the eBook software), though I would probably use it to listen read Wikipedia articles on occasion, too…

The sources of Mimic2 are here 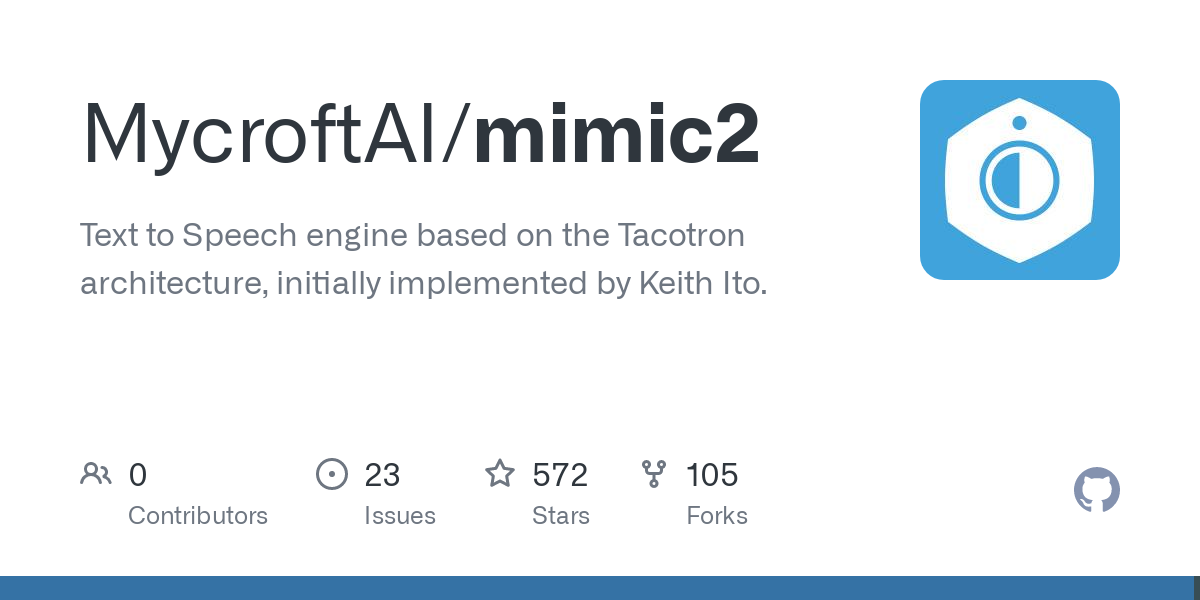 GitHub - MycroftAI/mimic2: Text to Speech engine based on the Tacotron...

Is there not a pre-compiled and pre-configured package available anywhere?

No. Also don’t use mimic2. If anything, coqui’s tts would be a comparable (and more usable/better) choice. Mimic3/larynx is also out there, but unclear if that’s configurable yet? (mike or someone will probably reply to correct me if that’s wrong)

Any idea if they’re planning to have a pre-compiled version at some point?

Based on the demos (of Mimic2) shown on the website, I feel like this could be a strong addition to the Linux Community,…

Mimic2 is way out of date and should not be used.