I believe I found a bug related to pairing and unpairing today with my new Mark IIs. I’m currently using version 21.2.1 of Dinkum Stable branch.

When I first paired my Mark IIs everything seemed to work without issue. I could talk to them, and they would respond. While debugging what ended up being a connection issue on my side, I tried unpairing the devices. This lead to some unexpected things to occur.

1) The Device Lost Its Skills

When the devices were repaired, they started having an odd behavior. They would response to “Hey MyCroft” but would not do anything with the following vocal command. For example, saying “Hey MyCroft” would cause the blue circle to light up and wait for a command. After the command was issued, the circle would briefly start to swirl, but then stop and provide not feedback other than a short beep.

While debugging this I went to the Skills page only to find that it was empty. This problem seems to have fixed itself after continuously rebooting the device. However, I wanted to mention it since it seems like an unexpected behavior.

2) Information on the Devices Page is Different for Repaired Device

An unpaired and repaired device shows up differently on the Devices page. 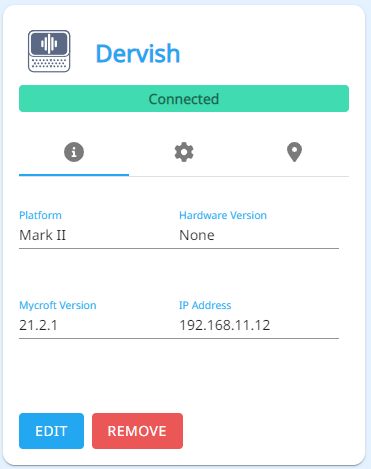 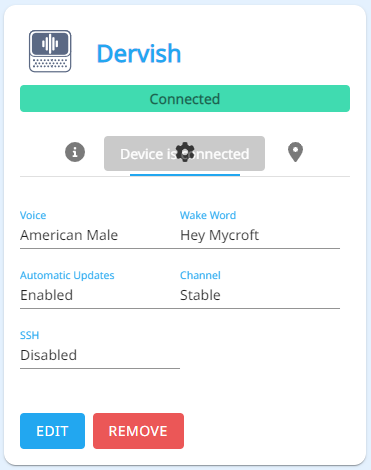 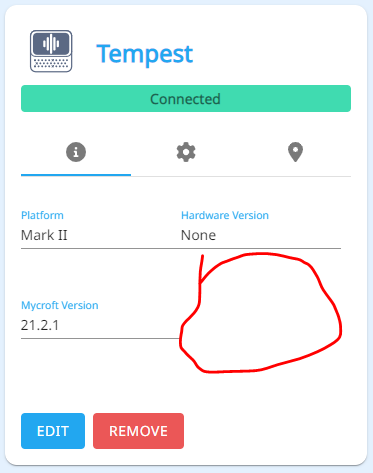 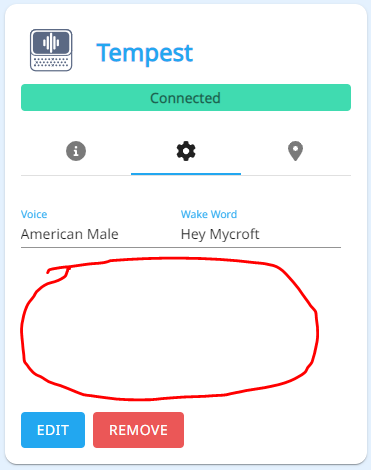 This difference in information also propagates into the “Edit Button”. The First Pairing version shows what I believe to be all of the settings: Name, Placement, Geographical Location, Software Release, Automatic Updates, and SSH Key. However, the Repaired version is missing most of these. Most notably the software related options and the SSH Key. The later has proved especially frustrating for debug =).

As part of the debug process, I reflashed one of my units to the latest Dinkum stable code posted here ( Mycroft Software - Mycroft Mark II (gitbook.io)). Doing this brought the device back to the expected “First Pairing” state. However, unpairing and repairing the unit recreates the bad state.

I seems that I can workaround this issue by just reflashing my units and doing the “Start Up” process, but I wanted to report it since this seems like a very undesirable behavior for a retail product.

Earlier this week I ran into a similar problem, as you describe (the Mark II Dinkum picks up the Wake Word but does nothing with it – exactly as you describe above). This lasted for about a day, during which time I rebooted it many times. Then suddenly it started working properly again.

On one of the posts about the Mark I it seemed to imply that the Mycroft re-downloads its skills once an hour. If this is true – it should be clarified – I would think there may have been some kind of outage on the Mycroft / server side which was interfering with normal Mycroft behavior. More information please, friends.

This could have been what you were experiencing @Collab ?

@rmblr, @Collab, thank you for the insight.

Has anyone else recreated number 2?

Yes, quite possibly. The problem went away after a couple days and hasn’t returned.