My experience with the Mark II

So heres my experience so far:

First install and setup was working just fine. The sticker warning me of cancer was a bit concerning but whatever, I guess
Getting through the wifi setup went fine and soon I had the device up and running. First few requests were answered with “Sorry I dont understand” etc.

Not the best start

I switched over to the beta branch hoping for some improvements and rebooted the device.
Here’s the thing: Every time you reboot the Mark II it goes through the whole setup process again. I bet it is supposed to connect to the wifi automatically etc. but that hasnt really been my experience.
It constantly wants me to connect to the Wifi AP again to enter my wifi password.
Which never seems to work. After a minute it’ll just request the same wifi password again and start another AP for me. Very annoying

edit: at the moment it gets stuck at the “starting up a wifi AP” stage. The loading bar indicator keeps running but nothing ever happens

When I happen to get it running it was almost a 50/50 whether or not the device did anything after it heard the wake word
Wake word recognition seems to be good enough but often it refused to do anything afterwards.
The circle spins and nothing happens.

Getting it to stop playing news or music also seems to be hardly possible.
Most of the time a reboot seems like the easier way out

I guess i’ll try to install the classic core for a usable experience or I’ll try out this Neon.ai thing that shows up everywhere (Looking at you Neon Clary)

Any input or Ideas? Am I doing something wrong?

The software is garbage. The thing is, I knew it would have some rough edges and was ok being an early adopter and going through those pains but it is so bad it is pretty much worthless. I can’t listen to streaming music, I can’t install new skills, I can’t use the camera on the device, it tells me it cannot do something more than it actually provides information or service. This level of poor performance and the wholesale removal of the skill marketplace seems like a bait & switch scheme.

The software situation is not quite as dire as you describe.

Actually the Radio Skill works fine for me (you mentioned streaming music). I’ve been listening to Christmas music on the Christmas channel, and sampled the Africa channel for Kwanzaa. I’ve played the Classic Rock, Alternative Rock, Mexico channels and many more.

That is a start at least.

The radio skill, while novel, is not what I want. The marketplace had a Spotify skill. I use Spotify for streaming music. I have reported them to the FTC for bait & switch tactics. A company cannot make such a significant change to a product and not tell their customer and give them and opt-out.

I have had an issue where probably about 1/3 of the time my Mark II Dinkum is not connecting to wifi and it wants to do the setup again. I reboot until it connects (sometimes it has taken several reboots) and then its off and running. I need this to be very reliable and look forward to a dramatic improvement with this.

I posted elsewhere that there was a period last week where it seemed there was a problem with nothing happening after I used the wake word, but that is working fine for me now. I think my machine may have either gotten a bad update or somehow mangled an update and it caused isues.

Also I’m not sure what made the difference, but when I first tried the “Stop” command for the Latest News Skill it wasn’t responding very well but now it works fairly well.

I’m thinking about messing with Neon.ai as well, but so far I’m still on Dinkum. I should say that I’d previously experimented with classic core on a Linux machine and it was pretty solid.

Thanks for “looking at” me

@AlertSubject
Yes, please do try out our Neon OS. Here’s the download page to burn your own image, and the square site in case you’d rather have us send you a USB boot drive.
I doubt you’ll have any trouble, but here’s my email just in case: clary@neon.ai

Download the latest recommended Mark II image:   Neon Mark II  2022-11-18 16:46  2.2G Images provided for Mycroft Mark II hardware include drivers for the SJ201 Audio board and are ready to flash to a USB drive.   For flashing the Neon image to a USB...

BTW, with our newest version, updates can be installed automatically from a verbal command - just ask “Hey Neon, check for updates” and of course tell it “yes” to install if it finds any. That’s how you’ll be able to get the update that’s coming soon to expand our music capability. 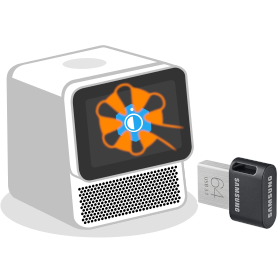 Do you want to get more out of your Mycroft Mark II device? The Neon AI Enterprise OS is a plug-and-play operating system upgrade for the Mycroft Mark II, developed by Mycroft Channel Partner Neon AI. You can add dozens of new skills...

Does Neon AI have any way to setup music streaming from Spotify? This is at the top of my list as I was planning to control some large speakers via the

Mycroft until Dinkum busted even the hope of using the hackish spotify skill they had(I get it wasn’t their call but initially, we were told we would be able to do this so I am still a little raw).

We’ve prioritized local music playback, and secondarily setting up streaming with Napster. Are you technical enough to take a skills “bounty” to create a Spotify skill? We would love to have one built, and are having a hard time satisfying the Spotify terms of use.

Planning on sampling Neon AI fairly soon. I have dinkum and I do find the reduced functionality disappointing but I wasn’t invested in mycroft before the II arrived. Long term I might build my own housing and just work with the both of them on my desk. I do like the mycroft on the desk and am getting decent usage out of it: news, radio, weather, time, simple queries. It cannot control my homeassistant items yet, which I’m not sure how much is me and how much is it.

Excited to hear that Neon interacts with Napster, that’s the music service I already pay for because it has one of the better payouts for artists.

I’m glad you’re getting some use and enjoyment out of your Mark II. That’s what we want.

We’re working on our Home Assistant pairing also, and are hoping someone will pick that up for a skill “bounty”. Yes, Napster happens to be my chosen music service also, from back when they were Rhapsody actually. I find many of the smaller and international artists I enjoy are on there, as well as more standard music choices. It’s a complete coincidence though - we are focusing on Napster because they have an API and terms of use that will make them easier to interface with than the others we’ve looked at.

Noticed that on the subreddit as well

Is neon ai just a fork of mycroft core?
If so, classic or dinkum?
Do all skills work?
How about mimic support?
Does it handle processing locally?
Can the device be managed via web interface? (as with mycroft currently)

Did I understand that correctly that homeassistant is not yet working on neon? Because that was pretty much one of the main reasons for me to get a mycroft

Neon AI is part of a collaborative and supportive community in which our organizations work together and build upon each other's efforts in conversational AI.

Lots of questions, I know - maybe some of them will be resolved if I get to play around with the image in case I find the time for it later
Thanks!

Getting Spotify working is at the top of my list too. It was the first thing I tried to do when my Mark 2 arrived.

I’ve managed to port the hello world skill to my Mark 2 but at this stage anything more is beyond me. I’m eager to learn how to do more but it’s not at all clear what the best way to do that is.

The marketplace had a Spotify skill.

As I understand it from some previous posts, it was Spotify who changed their policy of an Open API (as did Pandora), seemingly so they can control voice input to drive their platform(s).

But again, this is just as I understand it.

The buildroot OpenVoiceOS image somes with Spotifyd pre-installed, which allow you to use it as Spotify device to stream to from Spotify.

However for controlling Spotify via voice you still need the Spotify skill from Forslund; 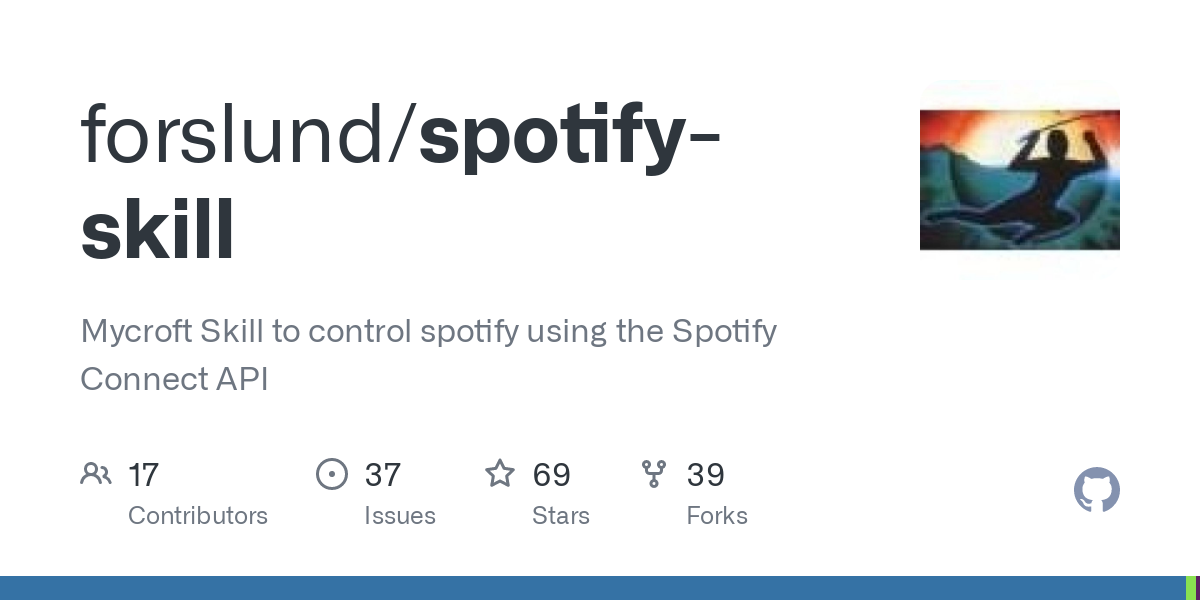 It can be configured manually utilizing your own API key, however I am not sure if the skill works as expected under OpenVoiceOS OCP as I have not ran that skill for ages.

I’m planning on trying out Neon on my Mark II in the coming weeks.

Unfortunately, I’m only a novice in Python. I work in IT on the data side but my skills lie mostly in sql and project management/scrum master.

I keep hearing this but the thing is, I build raspberry pi streamer computers using DACs and screens and every one of the OSes I use for this have a place or a plugin where I can connect to Spotify natively(Not through Spotify Connect though that is usually also an option). HiFiberry has it albeit a but clunky as does Volumio. It has been a while but I believe Balena’s solution also has it.

The Mycroft team is remaining silent on this. About all you can get out of them is some direction on flashing classic core. I am guessing the tactic is to avoid any legal dust ups but that is just a guess.

I filed an FTC complaint as this is a bait & switch tactic - illegal in the US and many other countries. More people need to file complaints if they feel they have been sold a different product from what was described at time of purchase.

To file an FTC complaint, you can go here. It takes less than 5 minutes to do and will go a long way in forcing Mycroft to either make good on the product promised or offer a refund.

Hifiberry and Volumio both use the same Spotifyd / Raspotify underneath as what I was talking about. 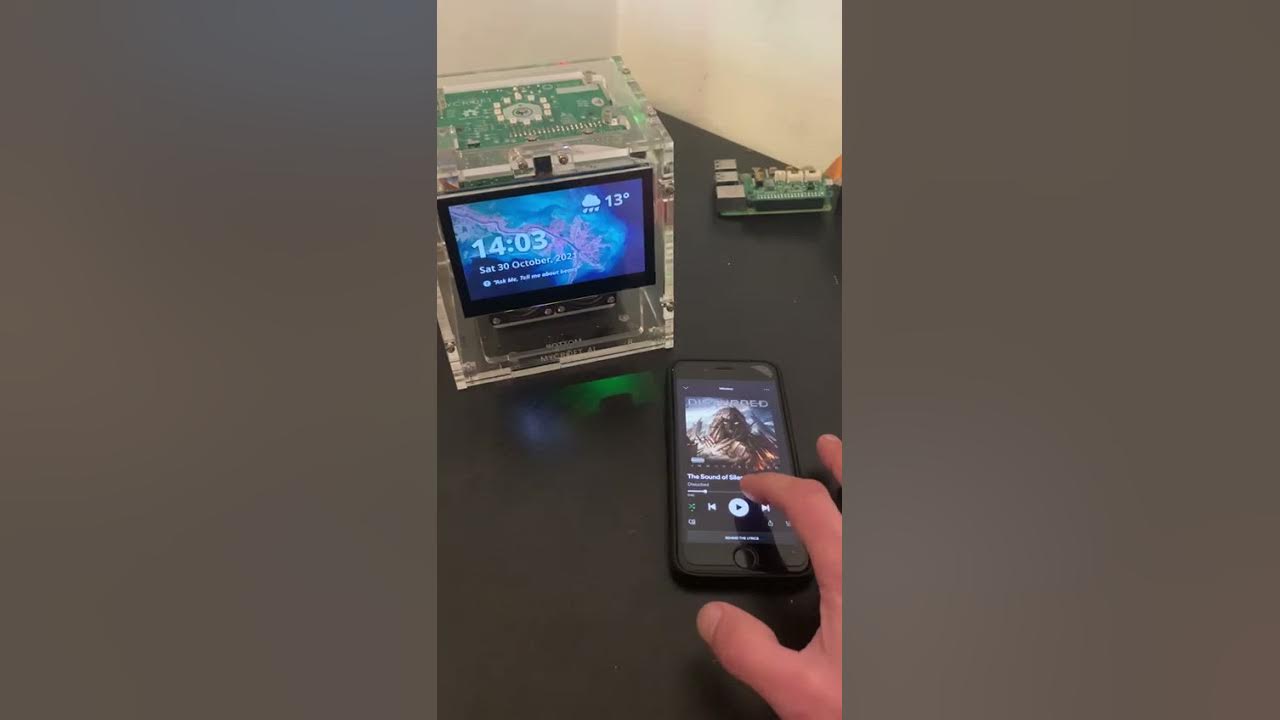 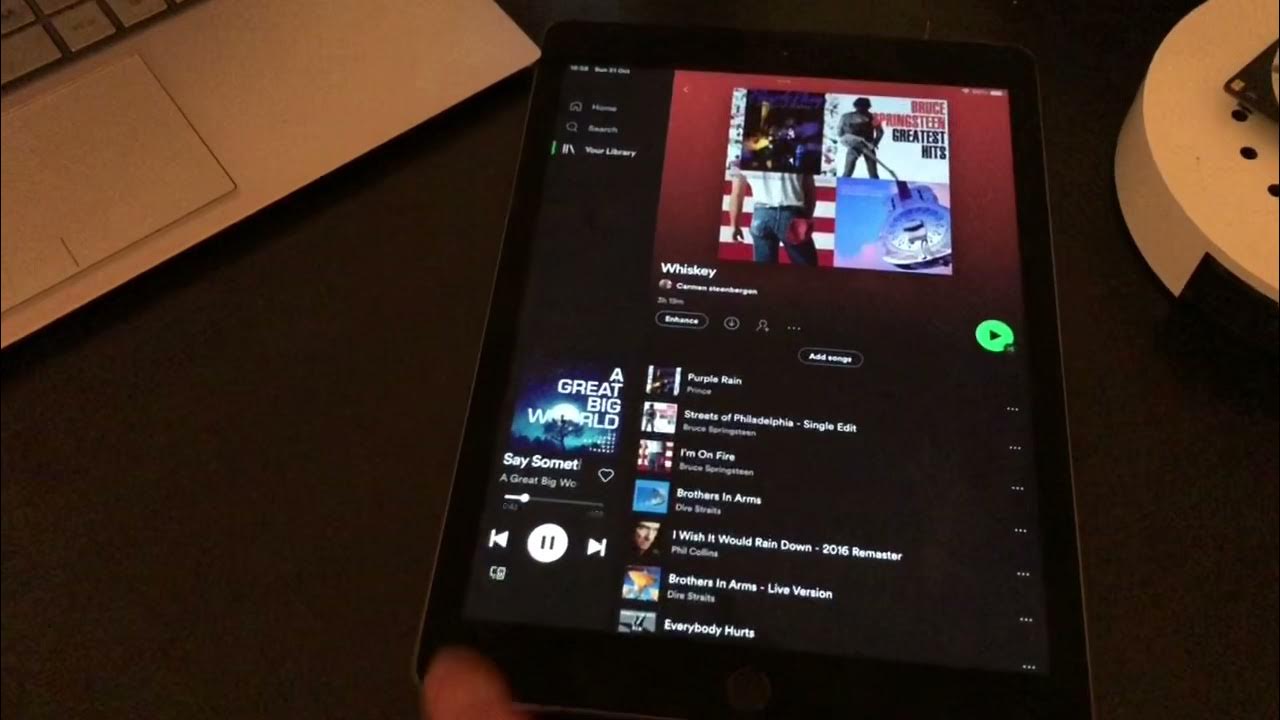 Showcase of the MPRIS open standard included within 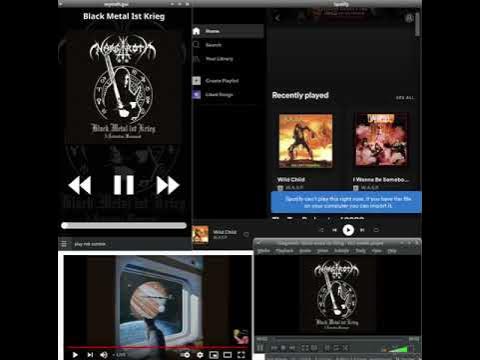