We hope developers will find the Mark II an excellent platform for all kinds of projects, whether they base them on Mycroft or forge their own paths. Given the diversity in our community, we wanted to give multiple OS options, so you can pick the one that is right for you.

On the inside, the Mark II has a Raspberry Pi 4 with 2GB of RAM, and a custom-designed board that implements the hardware features necessary for a premium voice-driven experience. This includes the hardware-accelerated noise-canceling microphone array, a 20W audio amplifier, I/O breakouts and the power supply. The Mark II also includes quality 2” speaker drivers and a custom-tuned resonating chamber for quality sound.

We wanted to ship an amazing development platform with a stable and functional version of Mycroft suitable for anyone. This necessitated a substantial refactoring of the Mycroft Core code into what we’ve dubbed Mycroft Dinkum (after the thinkum dinkum in The Moon is a Harsh Mistress).

We’ve already received feedback that people want the ability to utilize previously created Skills. The Skill Installer was a feature in Classic Core that needed more extensive rework than we’ve been able to do for Dinkum. We are tackling this in a few stages. The first step is to document how to port Skills to Dinkum and how to add them to the device. You can find the first of these guides in our Mark II Documentation.

To facilitate development, we have created a number of open source images in the Mycroft Sandbox, providing everything developers and more advanced users need. Mycroft Sandbox images start with a Raspberry Pi OS Lite base that can be customized to fit your specific development needs on the Mark II.

The Sandbox images are meant for developers, so unlike the retail software they don’t have an automatic update mechanism. For a full list of software available on the Mark II – see the Mark II documentation.

We can’t wait to see the amazing things devs do with our hardware.

At launch, Dinkum has a core of standard Skills built in, among them:

We are already hard at work extending the capabilities of Dinkum. Some examples of upcoming features include:

Whether you have a Mark II already sitting in your kitchen, are eagerly awaiting for your delivery, or you are about to order one – let us know what features or improvements are most important to you for our future roadmap: 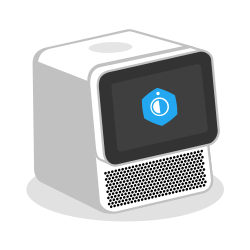 The Mark II is premium hardware designed to be both a consumer grade device in its own right as well as a test bed for developers and hobbyists, all this while keeping everything open source. What features or improvements are most important for you and your Mark II?

Or if you spot any quirks or issues, then please report them here:

No system is perfect, but we’re improving all the time. If you spot something that’s not quite right, or if something is really not working, we want to hear about it!