Love the Mark 1. It has character

But trying to install the Openhab skill gives me this:

Any ideas would be great!
Thanks

I suggest to follow installation instructions from the Openhab repository: 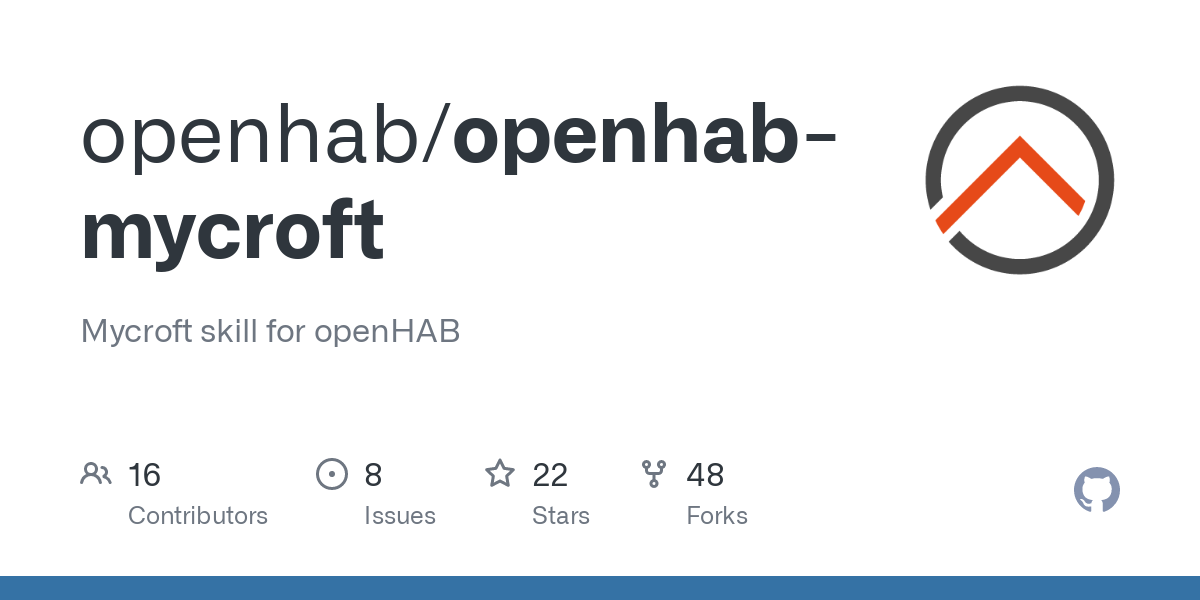 Mycroft skill for openHAB. Contribute to openhab/openhab-mycroft development by creating an account on GitHub.

I’ve also been unsuccessful in installing the OpenHAB skill on my Mark 1 - there appears to be an issue installing Fuzzywuzzy, which seems to be related to the Mark 1 Python environment. I variously tried natively building the packages, and installing the .whl as well, but never got it to work.

I’ve not had time to look at it for a while, but if I suss it out anytime, I’ll let you know! I’d be greatly obliged if you could do the same - adding OpenHAB to the Mark 1 would be awesome!

Fuzzywuzzy has been replaced by Rapidwuzz in most of the skills, including openHAB. Please try removing the skill completely and then install again.

The Mark-I image is based on Raspbian-Jessie which is severely outdated. Still work in progress - here are some scripts I have created to install Mark-I from scratch with latest Raspbian version: GitHub - domcross/mycroft-mark1-latest-raspbian: Recipe for setting up Mycroft Mark-1 with latest Raspbian OS version

Totally agreed. I could switch to Habbot but the Mycroft Mark 1 is too cute to dispose of. Having Openhab on my Mycroft once again would be great.

Wow. While the instructions appear overwhelming, I am going to take a stab at this! Thanks for your efforts!

You’re quite right - my apologies! Indeed it was RapidFuzz 0.7.6 I was having trouble installing, I was able to confirm it was this by trying to import rapidfuzz on the python console directly, and got an error at that point, even though the .whl from piwheels installed correctly.

I’m going to give your scripts to set up Mark 1 with Buster next time I get a moment - thank you for that link!!!

Thanks @Dominik , I was able to get my Mark 1 up and running with your image recipe - there are a couple of things to iron out, but I’ll start a separate thread on those. Just coming back here to confirm that the solution to this particular issue is to upgrade to a more recent release of Debian and Mycroft.

Now to find out how badly I’ve named my items