http://www.radio-browser.info/gui/#!/
Is excellent as it seems a single person is maintining a whole tune-in alternative.
You can either parse the web-site or use the api that is already exposed in

Great idea, and looks like an realtive easy skill to make. If I got the time I would be hapy to make such a skill

Please do Andlo as prob obvious I have been looking at MSK but not up to speed yet.

With the Music services aka spotify / deezer all seeming to have limited free periods Radio is a great addition.
The database above is superb.

PS Andlo if you have the time

I was thinking about a ‘play “band name” youtube’ skill.
I didn’t spend as much time on research as the above but thinking like magic mirror the selenium chrome driver and chromium headless would do the job so you can automate ad skipping after allotted time.

That was the first example and prob better scripts but the selenium web driver is prob way to do it.
That way you can use the ad based youtube service and with login play and create playlists.

I will keep labouring away with my webcam skill

I havnt yet made a music skills that uses the CommonPlaySkill class instead of MycroftSkill class.
Looked into tunein and offline-playbak skills and read the docs.

My first attempt is this here

Plays radiostations. Contribute to andlo/radio-skill development by creating an account on GitHub.

But it dosnt work…It finds the station and the url, but CPS_start() is never called from the Common_play skill.

I think I need to read more in the docs…

I will try and have a look when I can.

Presume we need a few more self.log.info lines throughout to see what is happening.

Haven’t got round to checking the API so just looking blankly.

yep the npr skill is also good to look into.

You are an absolute star mate

that skill will prob be one of my faves.

How to install Radio Install Radio by mycroft-msm install https://github.com/andlo/radio-skill.git The uses pyradios from PyPi and that is instaled from the manifest.yml The skill uses default audio backend just like the npr-skill and only uses the Common Play Framework https://mycroft-ai.gitbook.io/docs/skill-development/skill-types/common-play-framework How to test Radio Play your favorite radiostation by or use one of these examples hey mycroft - play radio BBC Radio 1" hey mycroft - p…

I just started using the radio skill. The quality of the streaming music is very good. How do I tell Mycroft to schedule the radio and station in a way similar to setting a clock radio?

The radio-skill hasnt any “clock-radio” posibilities. I diont know if Tune-in skill has that.

I think “event_skill” by forslund will allow me to schedule tune-in radio every weekday morning at 6:15.

Probably the best way to use Mycroft as a radio alarm clock is through an extended alarm function.

That is a great idea but presume much of the would be covered by something like MQTT and home assistant.

But also was wondering if a local ical might be of use so that also external ical can be overlaid but processed the same of any number of calendar.
Prob something like https://pypi.org/project/icalendar/.

You have the likes of homeassistant that can create mqtt based on sensor events or schedule.
With Ics being such a common calaendar format it would be very possible to embed in the description an intent and use the natural functions of ical really easily.

Its prob not part of the radio system to have a scheduler or calendar but a schedule / calendar would be pretty damn great also one that is as easy to edit via mycroft or just via any webpage.
It is so easy to access calendar systems where ics is a standard format.
Just have an easy parsible intent markdown such as Mycroft:Intent “Intent” in the description.

Because that radiodatabase is so fricking huge and that many radio stations are just non sensical acronyms it can be hard to get the recog right and its likely that are many very similar sounding stations.
It would be great to be able to say Radio set country UK
Radio set tag Indie
Radio list stations
play Radio station
Radio filter clear

Having a search criteria and having Mycroft read out a list of stations would be ace.
Also knowing the exact string the radio station name is, as more string for recog.

Have a go at NME1 & NME2 great radio stations of what is the New Musical Express as Alexa & Google always really struggle with Acronyms and as an example give it a try as recog of “NME” sucks.

Forslund (Ake) directed me to the Christopher Rogers1991 repo and I have been using the routine skill for a few days to stream music, play news, weather, etc. 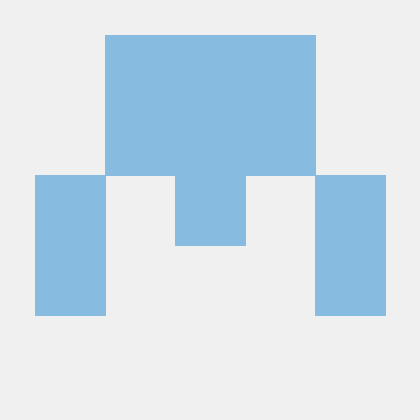