Inspired by this thread:

I have completed the Mark II Dev Kit and Mycroft is up and functioning. Starting to get to know the different skills and the skills list available for install is not completely up-to-date as to which are past and which are current. I am very happy with the Dev Kit and would like to know about the camera. What’s its purpose? Are there any skills that access the camera? How would one develop a skill based on the camera?

Separated with a button, similar to the Google Home mini: 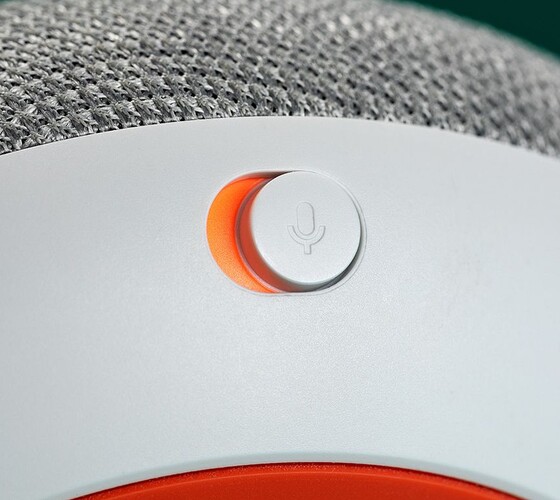 The structure of the switch from google I find good. It does not light up, which is good at night, but thanks to the orange color you can tell when it is active and the microphone is turned off.
On the Mark II, this should be placed clearly visible.

What I am not sure, however, is whether there is a switch, which you can mechanically switch in only one direction. It would destroy the whole idea if the mycroft os is hacked and then with the appropriate inversion of the function the switch could be reversed.

I know I’m a dreamer, but when I recently thought about what makes the Mark II unique besides the OS, the only thing that came to mind was the housing and the PCB board you developed.

As a unique selling point compared to build it yourself with a Raspberry Pi, so far only the mechanical camera shutter, the PCB board developed by you and the housing are used. The mechanical microphone switch described above could be a good reason to purchase the complete Mark II package from you.

On the Mark II the mic mute switch is a hardware disconnect. So if you switch the mic off there is no way for the device to hear you because from the systems perspective there is no microphone.

You can also put Mycroft to sleep by voice by saying “Hey Mycroft, go to sleep”. When this happens the mic is still connected but all that Mycroft does is listen for the phrase “Hey Mycroft, wake up” which is all done on device. So the mic is consuming an audio stream but that is immediately dumped. Being open source you can see this in our source code on Github, and because we intentionally don’t obscure the code running on devices you can verify that they are the same.

In terms of moving the hardware switch one direction by voice, it’s an interesting idea. Not something that will be in the first iteration but cool to think about.

Thanks for the info.

As already mentioned, I think that would be an ideal unique selling point for mycroft. But of course I understand that the proposal comes rather late

Maybe you could at least bring the topic in the team talks. Maybe an add-on module would be possible, which you can then order later and could replace even with the previous mic-off button.

A mechanical, clearly visible mic-off button is definitely safer than a purely software-side deactivation. The mycroft operating system is as hackable as any other software. In my opinion, privacy can be protected very effectively in this way.

The mic hardware cut off switch will definitely be staying on the Mark II.

If you see the render below, there is the camera shutter at the very front, then a line of three a little further back. The right two are buttons for the volume, the left one is the mic hardware cut off switch. 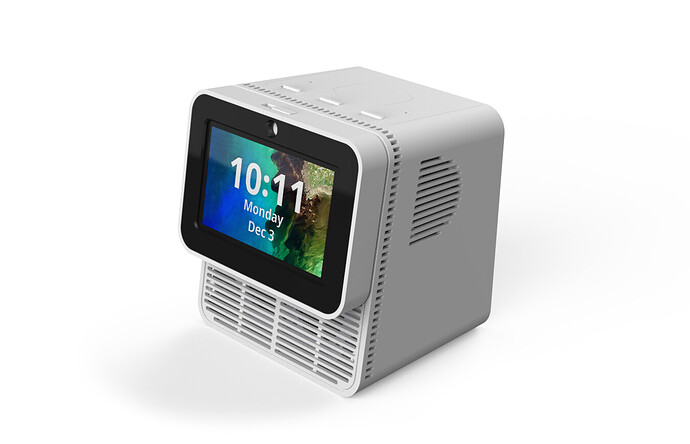