TL;DR: Mycroft needs to advertise itself if it wants to become popular.

I think that it’s because of the lack of advertising.

Advertising can be annoying at times, but often what makes things well known. If you look at big proprietary software like Amazon Alexa for example, you’ll see that they are advertised all the time. You can see ads for Alexa all the time, on all platforms. But when you look at open source software, like Mycroft, you’ll find that there’s been some recognition on some tech news outlets, but nothing else. Besides, people that are technologically proficient are most of the people who see those. And Mycroft does have some videos on its YouTube channel that are pretty much ads, but they’re not being used as ads (put on Adsense).

I feel like if Mycroft would have some advertising campaigns, it would become way more popular as a platform. Because at the moment, only a select few know about it. Even advertizing on YouTube would be good too.

Welcome to the forums

It’s an interesting question of how much Mycroft should be using paid advertising at different stages of the project. I can promise you that we don’t have the advertising budget of Amazon Alexa, so we have to be smart about who we’re trying to reach and how. /r/MycroftAI is a good example of this. We really value the goodwill of our community members spreading the word.

Are there particular places that you (or anyone reading along) go for information about tech products in particular, that you think would be important for Mycroft to have a presence?

I believe the current advertising budget should be $0. Typically you advertise when you want to generate sales, but there is a time to launch a product and that time has not arrived yet. In my mind the blocking issue is echo cancellation, because if Alexa and Google Home are any indication, most people will use this for music. Perhaps the Mark II will solve this problem with a microphone array and then it’s time to start advertising.

I also still haven’t heard someone say definitely that the respeaker arrays can hear the watchword from across the room while music is playing at moderate volume.

The noise cancellation is an important one, and not an easy fix unfortunately. About a year ago we setup a bounty to see if anyone in the community had ideas to resolve it.

In any event, it’s quite simply not going to be possible to use advertising to compete with either an advertising agency or a quasi-monopoly intent on getting maximal feedback from its users. As I understand it Mycroft’s original business model was built on the fact that it had no interest in getting its users into a stranglehold, and provided that it doesn’t lag too badly technically that’s really its major asset.

The NYT had an interesting take on the situation a few days ago: 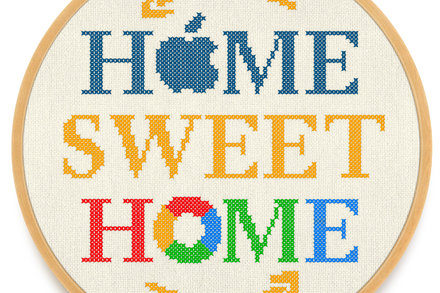 Opinion | Are You an Amazon or an Apple Family?

Home innovations like smart microwaves and toilets could lock us into a digital caste system.

…which suggests that dating agencies will probably have to start asking “which digital assistant do you use?”. Unless, of course, Google/Amazon/Apple start pairing users up based on the preferences that they’ve gleaned over months and years of unwitting interaction.

At which point I suppose this from today’s edition becomes relevant: 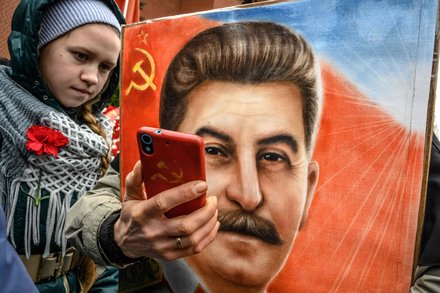 Opinion | If Stalin Had a Smartphone

Suddenly technology has a centralizing effect.

Wow, both great pieces, thanks!

The segregation really struck me again when I was reading Gizmodo’s series on giving up the big 5 tech giants. During the Apple week, her friends and family were concerned, even anxious and angry, that the she wasn’t using an iPhone. I forgot how much the colour of an SMS/iMessage background means to people. It’s phenomenal, and only going to get exacerbated with the expansion of closed ecosystems.

Hi, thanks for your reply! I do know that as a startup, you guys don’t have the budget for too many paid ads at the moment. I was thinking that you should wait until the newer hardware is readily available before you start advertising at all.

In terms of places to advertise, I would say that you definitely want to have video ads to show off the product. And I think that good places to advertise it would be places that lots of people, tech savvy or not, go to, like YouTube or Reddit to name a few.

One of the things that advertising would help with is recruiting people to develop Mycroft and the things it runs on.

I’d LOVE to see a Mycroft device with a 8 inch screen, a camera with a physical shutter, Harman Kardon speakers, and features that other smart displays have, like Video calling (maybe with Signal messenger or something), phone calls, and watching YouTube videos, shopping lists that sync with phones in bad connections (my mother has that problem with her Alexa), a built in OpenHab hub with Zigbee and Z-wave built in, and maybe even Kodi with voice control. I don’t buy many things day one, but if that came out I would buy that the moment it came out.

And things like that wouldn’t materialize if people weren’t introduced to Mycroft itself. So it’s important to introduce people to Mycroft in order to get people onboard the team.

Well, I’m both a newbie (here) and a mere hobbyist, but while I patiently wait for the hardware… and have fun tinkering with the software on my Linux station, I’ll do my tiny part in “advertising” it on my web site and blogs.

At the risk of severely dating myself, Open Source has always been a bit like the Faberge Shampoo commercials though never quite as commanding as Miss Locklear. ( Under 50? Go look it up.)

I did have to look it up but I found a doozy.

Tell all your friends but stay safe out there!

I do agree - mycroft needs serious advertisement. But it also needs a purpose and vision.

What I believe is desperately needed is a niche that it will exceed and thrive in. People will have to want it. Typically word of mouth happens when something is very dear to people and inspired them or exceeded their expectations.
You will NOT advertise a general purpose fork or a spoon or some random toilet paper.

I have yet to find out what it is that mycroft wants to excel in. What it’s special magic ingredient will be.
It’s not truly private, open source or fully open. It’s not super cheap or available. It’s not highly compatible or available as a simple app to install on your average phone as a phone companion. It’s not even able to talk among other mycrofts (sitting in the same house e.g.).
Worst of all: It’s not catering specifally to a group of influencers either!

For example why not attempt a heavy focus on gaming? That would be an easy win in my opinion.
Build some streaming assist tools - add features that gamers want to use. You will get a TON of advertising from that AND you’ll pull in tons of people wanting to tinker, code and be awesome.
But in reality I asked for a simple “always on” mode with macros or hotkey forwarding to PC and got a vague response of “might be getting looked at”.

Now I’m not even a hardcore gamer - but it’d be my advise on how to spread the word.

Just look at this (it’s an april fools):

"I was stunned by this and got hyped.
Then i realized its a April fool…

"I don’t care if its an April fools joke, Just like last years gaming assistant USB stick -I still need one.

“Nice joke! U make me cry when i discovered is april’s fools.﻿”

Just imagine the amount of advertising you’d get if you could forward people to a gaming focused teaser site offering a few features?
Just for inspiration:
Mycroft has a display - try to show minimaps (integrated or not)
Mycroft could detect anger and eventually do voice conversion
Mycroft could start games
Mycroft could research / look up facts for posting (eventually even suggesting text snippets)
Mycroft could declutter comms by sending texts to contacts

And that’s just related to the video - there’s tons more! Mute certain audio devices, change audio from speakers to headset and vice versa - have an interface for macros and trigger them - control lights, enable interacting with hue sync modes, change RGB lighting, read out temperature warnings, GPU or CPU limits, announce or read out messages sent to you on request (discord, teamspeak etc.) - I could probably come up with loads of features.

The key question is: what is your magic ingredient to reach the general market - what’s your focus? If it’s just boring car and appliance integration I’d not get my hopes up of finding people to advertise. It’s just not an emotional topic to people (at least none that I know).

Heaps of great ideas in there! More gaming related Skills would be great, and as you say, there’s much more potential with the inclusion of a screen. There is however only so much that our internal development team can create in any given time period, and this extends beyond the Skills to improving the core architecture and other surrounding services.

We are also here to support the community in building out their own ideas, so if there is something you are keen to see, then please start a thread. I know there are a quite a few gamers in the community so you never know who might be available to help out.

Ultimately our aim is to build an open source AI that can be indistinguishable from speaking with a human - whether you want to be able to distinguish this is another question.

I’m guessing the comment about not being fully private / open is in relation to Home.mycroft.ai? This is the only component of Mycroft that isn’t yet fully open sourced, though it also isn’t required to run Mycroft. Depending on your goals it actually adds to the privacy of the service by anonymising requests to third party services, rather than those services being able to profile individual users.

To that end, we are continuing to work toward a simpler personal backend for those who want even greater control of the data leaving their LAN. We are also very clear about our commitment to privacy, and require users to intentionally Opt-in to our open data set that is used for service improvement unlike other services that either don’t give the option, or require you to explicitly opt-out.

In terms of forwarding commands to a PC, it is possible to interact with a Linux desktop environment, and this Skill could be modified to push certain hotkey combinations on command. Moving to Windows adds an additional layer of complexity.

The biggest challenge with an “always on” system, is that it’s computationally expensive to perform broad speech-to-text. Listening for a particular phrase like “Hey Mycroft” on the other hand is much easier and can be performed on device. To achieve an always-on-like mode, it would be best to create dedicated language models for the small number of phrases you would like to use. We’re discussing the possibility of this approach (among others) for multilingual use eg a user can select “Hey Mycroft” for English use, and “Hey Pierre” for French.

Whilst integrations with your car and home might be boring for you, these use cases are what excite others. The beauty of open source means that each can focus on their own interest. We want to provide an open ecosystem that can be used for all of these purposes whether that’s gaming, home automation, or something completely different.