Mycroft has recently been targeted by a patent troll seeking to extract a toll. I don’t often ask this, but I’d like for everyone in our community who believes that patent trolls are bad for open source to re-post, link, tweet and share this post.

Please help us get the word out by sharing this post on:

A Brief History of Patents in the United States

The Cotton Gin was patented by Eli Whitney on March 14, 1794. This easily infringed invention prolonged the economic viability of slavery in the United States and eventually drove Whitney into the arms trade. Patents haven’t improved much since.

The idea behind patents is that the inventor publicly discloses how to create an invention and in return the inventor gets a period of exclusive use. For some inventions this makes sense – the Spyder hole saw system is a great example that I’ve fallen in love with recently. It is simple, extremely useful and inventive. In the future all hole saws will use a system similar to Syder’s because it is so much better. In a decade or two other tool makers can reference the patent and duplicate the technology. In the meantime Spyder’s patent protects them from competitors and, importantly, Spyder has made the invention available in home improvement stores globally.

For other “inventions” patents are basically useless. Software, for example, is effectively math. Math isn’t patentable and software shouldn’t be either. The same is true of “do the obvious, but do it on a computer” type patents. The Supreme Court agrees.

The ability to issue useless patents has created an entire industry. There is now a whole class of “inventors” who file obvious patents with the sole purpose of suing real entrepreneurs once the technology is inevitably perfected. These “inventors” have no plans to create a product. They are simply trolls hiding under a bridge waiting for real entrepreneurs to cross. All they want is to collect a toll by gaming America’s flawed patent system. These trolls are defined by two important traits. First off, they seldom reduce their patents to practice. That means that they don’t build a product and ship it. They also file patents that are so broad and unspecific that no one could take the patent and create the “invention”. They want the exclusivity period created by the patent without actually having to create anything that works. Their patents are a spaghetti mess of legal jargon and useless diagrams.

Voice technologies like the one that Mycroft is building can be traced back more than 50 years. In fact, Mycroft is named after a voice assistant that appeared in Robert Heinlein’s 1963 Hugo Award winning novel “The Moon is a Harsh Mistress”. All of the underlying technologies are described in the novel and they have been broken out time and again over the past half-century in popular science fiction. “Hal” from 2001 a Space Odyssey, Star Trek’s “Computer”, Knight Rider’s “Kitt” – all of these are examples of how voice technology might work in the real world. They’ve also been disclosed in real-world tech like Honda’s Asimo and more than 3 decades of automotive technologies from Nuance.

Which brings us back to our patent troll who is seeking a toll from Mycroft. Tod Tumey of Tumey LLP based out of Texas ( a venue famous for hosting patent trolls ) contacted us with a “Highly Confidential” letter offering to license his “client’s” “valuable” voice patents to Mycroft AI Inc. When we didn’t respond ( don’t feed the trolls! ) he filed suit in East Texas.

We are going to litigate every single patent suit to the fullest extent possible including appealing any adverse decisions all the way to the Supreme Court.

Our policy is also to attack bogus patents like U.S. Patent No. 9,794,348 and have them re-examined and invalidated where possible. We’ll be doing this in the context of a strong open source community that includes other troll hunters like the Electronic Frontier Foundation and the Open Innovation Network – both of whom have a strong interest in protecting open technology from rent-seeking trolls.

Patent trolls get paid because short-sighted companies make the decision to pay. Simply put, it is usually cheaper in the short run to pay a troll than it is to litigate. It is also cheaper to give a schoolyard bully your lunch money than it is to visit a doctor. The thing is, once you pay the bully, he’ll just come back again and again and again. Eventually, that lunch money adds up to a lot more than a doctor’s visit. In the long run the best way to deal with a bully is to punch him square in the face. You might take a beating, but if you do it every time? The bully will find easier prey.

I don’t like letting these matters go quietly. In my experience, it’s better to be aggressive and “stab, shoot and hang” them, then dissolve them in acid. Or simply nuke them from orbit, it is the only way to be sure. 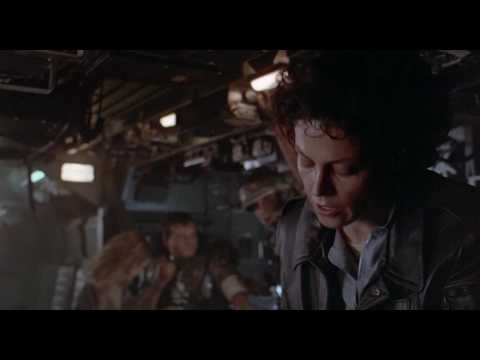 I’ve posted all of Tod T. Tumey’s “confidential” correspondence and a copy of the suit below and look forward to our day in court. It looks like Tod “accidentally” filed in the wrong venue so after we’ve changed the venue ( and recovered our attorney fees from Tod for the required effort). We’ll be sure to post any future correspondence here along with any legal documents filed in the case.

I lived with a bunch of Norwegian engineers in college. As a result, I’ve always wanted to be a troll hunter. I guess I get my chance. These patents state that the commands come from a “mobile device” Mycroft is not mobile, as it requires a power supply to operate, and therefore is fixed.

Apart from that there is clearly no inventive step. The patent is clearly obvious to an expert in the field.

Thanks for joining the community. I agree, Mycroft isn’t mobile and it is obvious, but we’ll have to convince a jury of that. We’ll also seek to have it re-examined on the bases of both obviousness and - importantly - prior art ( of which there is plenty ).

Wasn’t Siri launched in 2011? Didn’t that use exactly this technology (using a mobile device to transmit audio data to computer which interprets the audio, performs an action and sends a response to the mobile device). Who has time to file patents for technology that has been in wide use for over five years at the time this was filed?

the sad truth is that it’s probably cheaper to pay them than to go the court, so they basically prey on startups than don’t have a lot of resources to start with

Those trolls just patent everything and hope it sticks

This case is fairly obvious, but many times it’s not clear what the jury will decide, so the damn patent trolls get money just out of sheer numbers and persistence. They create generic patents with no intention of ever creating a product, just waiting until they find some project they can extort

The patent was filed on June 4, 2007 and awarded on 10/17/2017. but I can see how it is confusing. The entire system is confusing and doesn’t do what it was intended to do: make it easy for people to replicate novel inventions after the period of exclusivity ends.

Patent trolls seem to want the exclusivity period, but without having to develop something novel, reduce it to practice or - in this case - even invent anything.

Pure greed is what fuels them. Nothing else.