If Mycroft could sound like anything, what would you pick ?

Love this poll @Syndrome will appreciate “Her” being an option.

Maybe can you contact IRCAM, it’s french institute which works on vocale synthesis with some very good result

I don’t know if this work is open but lot’s of their works generally are.

I didnt know you could add the voting thing like that, awesome! Also, would you mind linking to the video?
Thanks!

@Winael good idea, I’ll reach out to them and have a conversation. Thanks for the heads-up!

He’s working on the subject.

Email sent. Thank you @Winael, that was very helpful!

What about SHODAN from System Shock 2?

Would Mycroft get just voice of those characters, or personality?

Imagine 2 Mycrofts, one GLaDOS and one SHODAN having conversation.

Sorry @testman, I can’t edit pool post after 5 min. I think only moderators can do this.

For now, I don’t think so that Mycroft will have some personnality. It’s just an assistant who respond to request. It will be a very poor AI at first based on “if then else” action, if I well understand (maybe @ryanleesipes could explain better than me the two approach in AI)

@Winael @testman I’ve played around with how to make it so that we can have some personality added in. We’ve also talked about using chatbots to make for decent conversational capacity (cuz some of them are really good and have performed well on the Turing tests).

Anyone here a chatbot expert?

@Winael @testman I’ve played around with how to make it so that we can have some personality added in. We’ve also talked about using chatbots to make for decent conversational capacity (cuz some of them are really good and have performed well on the Turing tests).

Anyone here a chatbot expert?

Not any kind of computer. I’d pick Julie London or Sarah Vaughan, myself, but they’re not available. But a real voice, as much as possible. Interesting article about tts at http://lwn.net/Articles/656376/, I thought.

@ryanleesipes about personality I loved the way of how TARS from Interstellar is set up :
TARS’ personality can be characterized as witty, sarcastic, and humorous, traits programmed into him to make him a better suited companion. 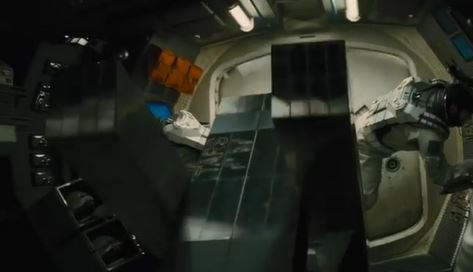 TARS is one of four former U.S. Marine Corps tactical robots along with PLEX, CASEandKIPPfeatured in the Interstellar universe. He is one of the crew members of Endurance along with Cooper, Brand, Doyle, Romilly, and CASE. TARS' personality can be...

But I think that kind of traits are difficult to program

TARS could also be a voice of Mycroft

HAL is the best for me, second why not wall-e

A chat box would most definitely be interesting. I was thinking of something like:
“Mycroft, start a conversation”
"Hello, how are you?"
And saying a command with Mycroft in the beginning of a command or a pause for a considerable amount of time would end the seamless conversation.

Unfortunately the choices that are presented in this thread won’t ever happen. Most entities like this use TTS voices so, we are limited to only those that are available. Still, it’s fun to pretend. =)

@Dominique, if you can translate text into phonemes, and then use a sampler to associate a voice sound to each phoneme, then you can emulate a real voice.

Ircam people are working on voice synthesis with very good result. The biggest issue is the weight of the voice library

If we’re looking at voices, how about Peter Jones (the voice of the Book in Hitchhiker’s Guide To The Galaxy), Stephen Fry (Wooster and Jeeves), Hugo Weaving (Agent Smith in The Matrix), Patrick Stewart (Jean-Luc Picard in ST:NG), Ian McKellan (Gandalf in LOTR), or Eric Idle (of Monty Python fame.)

Yes I have heard of phonemes @Winael however I don’t think phonemes are going to be up to par anytime soon. I could be wrong. I usually tinker with TTS since it is widely used and easy to implement. Do you know of anyone besides Ircam who is working with them for voice synthesis?

I am SHOCKED you did not consider Majel Barrett-Roddenberry. Of course, the fact that she is dead makes it difficult.

There is a very much alive, and very available voice talent that I would love, Allison Smith, “The Voice of Asterisk”. http://theivrvoice.com/

She is available synthesised from Cepstral. She will also record whatever words you need for very reasonable prices. http://theivrvoice.com/text-to-speech-voice-demos/